I Think I'll Stick To Monogamy 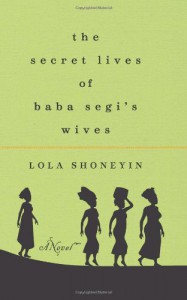 Monogamy is actually impractical from a continuation-of-the-species standpoint, but I've always felt multiple women sharing one man is a homicide waiting to happen. This novel did nothing to disabuse me of that notion. Far from it.

The Big Secret was easy to guess despite some halfhearted misdirection, but I think that might've been intentional. The misdirection was there for some of the characters and not for me. Knowing what was going on actually made the journey more entertaining. The only thing that detracted from my enjoyment was the sometimes confusing switch from third person to first. It wasn't always immediately apparent which character was narrating, which was a little disorienting until the characters developed more distinct voices later in the book. That aspect could've been handled better, but it's my only nit-picky complaint.

I really enjoyed this book. Truly. It was almost Alexander McCall Smith-esque, only less whimsical. Much less whimsical. Some of these women could eat Mma Romatswe for breakfast and still have room for Mma Makutsi. I was charmed from the start, and then I had my heart bruised and broken, and then the last chapter dusted it off and patched it up and handed me a soft, fuzzy teddy bear. I really hope Lola Shoneyin takes a break from her poetry to write more novels.