I Kind Of Hope It's A Series 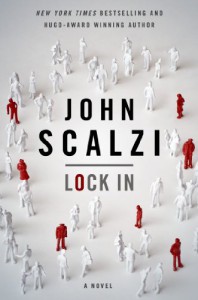 My first Scalzi, and hopefully not my last. I nearly gave it four stars, but there were quite a few eye-drying info dumps (world-building is hard, yo) and an oopsie or two (poor Janis got randomly called Janice once), and that pretty much covers the negatives.

Everything else was awesome. Not quite Lego Movie Awesome, but still pretty awesome. Awesome premise, awesome character development, awesome mystery, awesome robot-shell-people, awesome bad guys, awesome ethics debates, and just general awesomeness. I do hope Scalzi brings these characters back. Not just so I can hang out with them some more. I really want to know why/how Vann's former partner shot herself in the stomach. Inquiring minds, and all that.