An Exercise In Utter Pointlessness 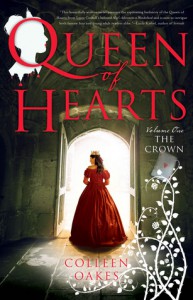 I'm going to start off this review by saying that if you are planning to read this book in 2015, don't. Wait. For, like, three years or so. The author has just announced that the SparkPress editions are no longer available because HarperTeen has acquired rights to the whole trilogy. Books one and two, previously published through SparkPress, will be reissued with new covers and titles in a variety of formats starting in the summer of 2016 with the last book being released in 2018. That's one reason why my experience with this book was ultimately an exercise in utter pointlessness. The other reasons for my frustration include:

Poor editing. I'm not talking about typos for once, although there were a few. The editing issues go deeper than mere proofreading. The pacing was terrible. It's a short book and hardly anything happens. The front end is so loaded with filler it's maddening. The plot is so lacking as to be nonexistent for most of the book. Princess Dinah moons around the palace steeped in her daddy issues, her hate for her half-sister, and her love for Wardley. Meanwhile, Something Sinister is happening in Wonderland. Off-stage. Waaaay off-stage. Perhaps I should have put all that under a spoiler tag, because I just gave away 70% of the book. (I kid you not.)

Tying in with the poor editing is the weak writing. There's a whole lot of telling, a whole lot of CAPS for EMPHASIS, and soooooo much repetition. Here's a short excerpt from a royal game of croquet:

Vittiore was the first striker. Her first turn with the mallet sent her white ball hurtling through the first two wickets, but her next shots didn't get her close to her next outside wicket. Dinah was next.

If you see nothing wrong with that excerpt, this book might not drive you batty and I envy you your peace of mind. As for me . . . well . . . when the author thanked three editors in her acknowledgments, I LOL'd. Literally.

The one bright spot in all of this, and the very thing that's making me so ragey at the shortcomings I perceive, is the setting. The Wonderland Oakes paints is bizarre and beautiful and really awesome and interesting. There is so much potential here and it's wasted by poor production. I am excited that HarperTeen has picked up the series because that means there's a chance, albeit a slim one, that they'll do their own edit and help Oakes create an even richer world populated by vibrant, fascinating characters who are driven by an actual plot that doesn't take 4/5ths of the book to show up. I'm so hopeful, perhaps foolishly so, that I'll check out book one again when it's re-released. If I see improvement, I'll continue with the series. If not, on the meh shelf it goes.