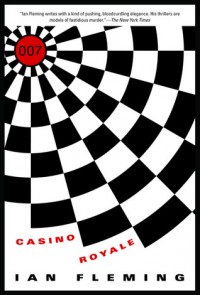 When I decided to read the Bond novels, I knew going in that the Bond character is a disgusting misogynistic asswipe of a double-oh bastard. He was less of a Gary Stu than I was expecting, which was a nice surprise. He screws up, he faces the consequences, he doubts himself, he recognizes his own hypocrisy. He’s a fallible mortal, which I found quite refreshing since (for some inexplicable reason) I was equating these novels in my head with Clive Cussler’s early offerings. He’s not as Dirk Pitt-like as I’d feared, thank God. That said, I won’t pretend I wasn’t rooting for a certain carpet beater, but the less said about that the better.