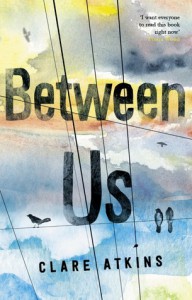 This book. I have feelings. They’re conflicting.

On the one hand, this book is well-written. The three POV characters all have distinct voices. The mix of prose and verse is interesting and is used quite cleverly, in my opinion. It tackles important issues like racism and the deplorable state of immigration in Australia. It’s sad, it’s poignant, it’s heart-wrenching, it’s relevant, it’s disturbing, it’s thought-provoking.

And it made me really, really uncomfortable.

Anahita is a great character. She’s smart. She’s a rebel. She loves loud, ugly music and science. She’s got undiagnosed PTSD and dreams of the simple freedoms people take for granted.

Jono is a great character. He’s dealing with his parents’ divorce, depression, and his casually racist friends who call him Nip because he’s half Vietnamese and they thought he was Japanese and racial slurs make such endearing nicknames.

Kenny is a great character. He’s a legal immigrant from Vietnam who tries his best to fit in and be Aussie enough to gain acceptance. He’s working a job he hates to provide for Jono, and it’s killing his soul and bringing out the very worst in him.

That all sounds pretty compelling, right? And it is!

Something really bothered me about it.

Between Us seeks to confront the Australian attitude toward and treatment of asylum seekers and refugees and the inhumanity of the detention centers, and that’s a good thing—it needs confronting—but it does so at the heavy expense of Anahita, who has to experience a metric ton of messed-up shite in order to convey the author’s message. It’s obvious Atkins did a ton of research and approached the character with a great deal of care and sensitivity, and Ana does feel like a fully-realized character, but I can’t help feeling this is yet another well-meaning book that exploits the pain of marginalized people to raise awareness and teach a lesson. Would I feel differently if Atkins was an Iranian Muslim? Yeah, probably. As a Vietnamese-Australian, she brought Jono and Kenny to life in a way that someone without her cultural background probably could not. Their stories were hers to tell. I’m not sure Anahita’s was. And therein lies the root of my conflict.