The Testaments (The Handmaid's Tale #2) 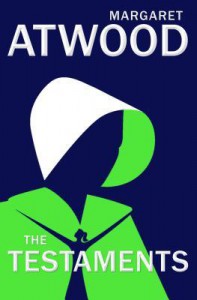 Help! I got sucked in by the hype and forgot how much The Handmaid’s Tale depressed me and I bought The Testaments in hardcover!

Just kidding! Sort of. While that is what I said to myself when I got home from the book store and a little buyer’s remorse reared its whiny head, in the end I don’t regret my impulse buy. The Handmaid’s Tale did depress me and I came away from that reading experience in a pretty dark funk, but this book felt like an almost entirely different creature.

Instead of a thoughtful, gut-wrenching, heartbreaking account of a Handmaid’s life in Gilead, this book is a relatively fast-paced account of how the fall of Gilead was orchestrated, with some insights into how the Aunts came to be, what it’s like to be a girl growing up in Gilead, and how it all looked from the outside. While that made it more entertaining to me, I think it also made it less effective than Offred’s tale. It’s a hell of a lot less subtle, too. Offred gave us time to dwell on the horror of her situation. In contrast, the three narrators of The Testaments rush us through to the next bit of testimony before we really have time to reflect on the last bit. Offred’s despairing “This is my life now” has far more devastating impact than the Gilead girl’s more complacent “This has always been my life.” Not that I’m complaining, since this is actually what made the book more palatable to me. But I do think it’s an interesting comparison.

Also, on a side note, I haven’t seen any of the Hulu series and I felt like my ignorance of the show left some gaps in my knowledge that the book assumed had been filled. I’m not saying watching the show is strictly necessary, but I’m pretty sure if I had watched it I would have known exactly who Baby Nicole is and why she’s a big deal, and I wouldn’t be wondering what happened after Offred got in that van, and I wouldn’t be clueless as to why Fred and Serena Joy dropped off the face of the planet. 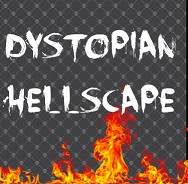