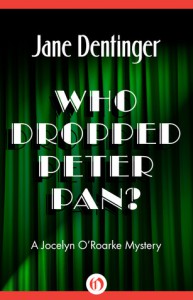 Welp. That’s it for Jocelyn O’Roarke. I’m not hiding any spoilers, so proceed at your own risk.

The series ends with Josh’s New York theater career once again possibly ruined by her involvement in a murder case. Because even though Dentinger came up with some new ideas for the plot, I guess she couldn’t help repeating herself a little bit. Honestly, though, after that denouement I can’t help thinking Josh deserves to be permanently blackballed. It was so mind-numbingly stupid and unnecessary and downright cruel. If you’re as unconcerned for an epileptic’s well-being as Josh obviously is and you’re trying to prove that the murderer used a strobing music box to induce a seizure so the epileptic wouldn’t realize he’d left the room to do the deed, would you do the logical (but cruel and ruthless) thing and expose the epileptic to the strobing music box too see if it really has the desired effect, or would you hijack a curtain call in a full theater and con the director into using a mirror ball and flashing lights and bribe the conductor into changing the score to play the same song as the strobing music box and hope all this somehow induces not only a seizure, but a full confession? I can’t help thinking even Dentinger knew how stupid this was, as she pulled back to the POVs of the people in the lighting control booth so as to distance herself and us as much as possible from the depraved idiocy.

To add insult to injury, nothing was resolved in the will-they-won’t-they-who-will-she-choose annoying love triangle. I actually wish it was a REAL love triangle and that Jack and Phil decided to hook up and ditch Jocelyn and go solve crimes and raise horses together in California. You know what? I’m just going to tell myself that’s what happened after the last scene in the book. I’ll be happier that way. 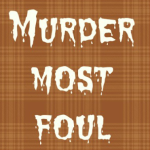