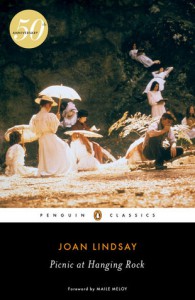 Once upon a time, this classic mystery about the disappearance of some schoolgirls and one of their teachers in 1900s Australia had a final chapter that explained the disappearances. Lindsay’s publisher told her to cut it because it ruined the novel’s mystique. And cutting the last chapter turned out to be a stroke of genius. Thanks in part to Lindsay’s enigmatic foreword in which she tells readers to decide for themselves whether the events in the book are fact or fiction, people absolutely obsessed over the mystery. They scoured old newspapers for reports of missing girls and pestered Lindsay for answers to the point where interviewers were asked to avoid the question. She eventually gave the final chapter to her agent with her permission to have it published after her death. Which was a good move on her part. It probably saved her from a ghastly amount of next-level pestering once the answers were out there.

You see, Lindsay’s agent did publish the final chapter after her death, and I have to agree with the publisher who cut it. It 100% ruins the story in a serious “I know it was the sixties, but what was this woman smoking?” kind of way. So yay for the publisher. Pat on the back.

On the other hand, not all of the clues that tied in with that what-was-she-smoking ending were edited out, making it obvious that the real ending was cut. The book didn’t feel open-ended so much as it felt unfinished. So once again I find myself finishing a classic and finding it an okay book while being much more fascinated and satisfied by the story behind the story.